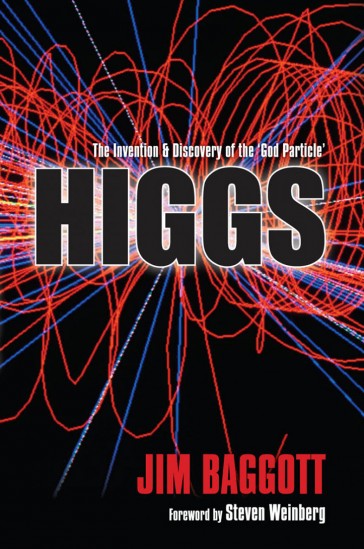 Higgs: The Invention and Discovery of the 'God Particle'

What is the Higgs boson and why does it matter? Jim Baggott tells the story of the recent discovery of the 'God Particle'.

The hunt for the Higgs particle has involved the biggest, most expensive experiment ever. So exactly what is this particle? Why does it matter so much? What does it tell us about the Universe? Did the discovery announced on 4 July 2012 finish the search? And was finding it really worth all the effort?

The short answer is yes. The Higgs field is proposed as the way in which particles gain mass – a fundamental property of matter. It’s the strongest indicator yet that the Standard Model of physics really does reflect the basic building blocks of our Universe. Little wonder the hunt and discovery of this new particle produced such intense media interest.

Here, Jim Baggott explains the science behind the discovery, looking at how the concept of a Higgs field was invented, how the vast experiment was carried out, and its implications on our understanding of all mass in the Universe.

‘The readiness of this book for publication immediately after the announcement in July 2012 of the discovery at CERN (with some corroboration from Fermilab) of a new particle that seems to be the Higgs particle testifies to the remarkable energy and enterprise of Jim Baggott and Oxford University Press.’ Steven Weinberg.

Reviewed with Sean Carroll’s The Particle at the End of the Universe. I’ve just finished reading copies of both of them, and they’re both very good. They each cover the story of the Standard Model well, supplemented by extensive discussion of the Higgs discovery at the LHC and the background of how it came about. I confess that it’s a bit eerie to see a lot of things that were day-to-day news and often grist for the blog now packaged between hard-covers as history, while I’m also happy to see that a good job is being done of it.

… the remarkable trick that Baggott and OUP have pulled off is that the rush doesn’t show. This is an excellent book throughout.

Baggott doesn’t shy away from difficult concepts, but his detailed explanation of how the Higgs mechanism gives particles mass is extremely elegant.

Filled with information that is refreshingly free of abstractions and analogies, this book is best-suited to those with a background in science. If readers can weather Baggott’s data-rich terrain, they’ll find a world of high energy, colorful quarks, and myriad mysteries.

Higgs is an impressive volume, clarifying details, making the concepts that have been in dispute for years finally lucid … Higgs drills deep under your skin, constantly ferreting out new vistas, easily escaping our eyes. Baggott brings these – and more – together to form a solid concept of the God particle effort – read it.

A tendency towards brevity and clarity make for a handy guide to the long hunt for an elusive quarry.